Hamilton Mountain is a provincial electoral district in the province of Ontario, that has been represented in the Legislative Assembly of Ontario since 1977. 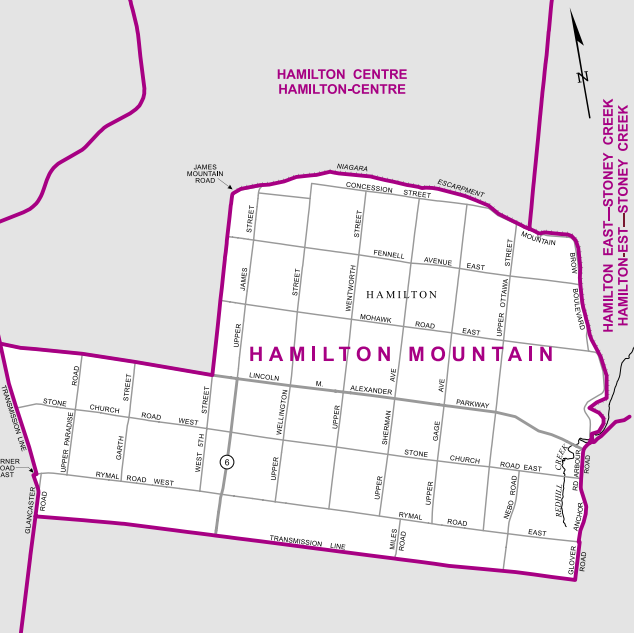 Since 2003, the electoral district of Hamilton Mountain is defined to consist of the part of the City of Hamilton bounded by a line drawn west from the Niagara Escarpment along Red Hill Creek, south along Mountain Brow Boulevard, Arbour Road and Glover Road, west along the hydroelectric transmission line situated south of Rymal Road East, north along Glancaster Road, east along Garner Road East, north along the hydroelectric transmission line situated west of Upper Paradise Road, east along Lincoln M. Alexander Parkway, north along West 5th Street, northeast along James Mountain Road, and east and south along the Niagara Escarpment to the point of commencement.